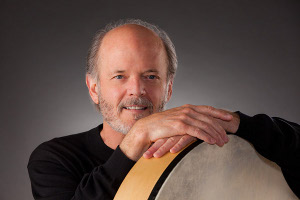 Byron has conducted two formal research studies examining the healing potential of altered states of consciousness. "Examining the Effects of Holotropic Breathwork in the Treatment of Addictions” (1995) has been cited in several professional journal articles and Byron presented the results of this study at addiction conferences throughout the United States. He also served as a training consultant to various treatment centers and clinics educating on the efficacy of utilizing transpersonal approaches in addiction treatment, and served as a graduate advisor for Prescott College’s counseling psychology master’s degree program for over 10 years. Byron’s research study, "Breathwork as a Shamanic Strategy” (1999), was an original component of Byron’s doctoral research that examined the effects of breathwork within a shamanic framework. Among several important outcome factors, the study confirmed the fundamental role that "intention" plays when working in non-ordinary states. Byron's doctoral research eventually became the catalyzing force behind the development of HoloShamanic Strategies, LLC. Both studies were published in the Inner Door, the official publication of the Association for Holotropic Breathwork International (AHBI).

Byron began developing the theoretical framework for HoloShamanic Integration™ in the late 1980s in response to clients’ requests for a deeper and expanded understanding of who they profoundly are, and to support their learning to function in the practical world from that deeper place. In 1999, his doctoral dissertation in transpersonal psychology (Shamanic Perspectives in Transpersonal Psychotherapy) focused on the core principles and dynamics of what has since evolved into HoloShamanic Integration™ and "The Shaman's Heart Program: The Path of Authentic Power, Purpose & Presence" (Monroe Products, 2008).

In 2006 Byron retired from his professional counseling practice of over 20 years in order to devote his full energies to HoloShamanic Strategies, LLC, and its training program development, and also to allow more time in his recording studio.

Since 1997, Byron has been producing solo CD projects and collaborating with other artists including Steve Roach, Mark Seelig, Dashmesh Khalsa, Ron Oates, and several other musical guests. Byron's 1998 solo release "Helpers, Guides & Allies” continues to receive enthusiastic reviews in the shamanic, trance dance, and therapeutic communities, and was rated #4 in Backroads Music's 1998 Best of Year Selections in the World Music category. Byron collaborated with award winning recording artist and sonic innovator Steve Roach on the critically acclaimed 2-disc epic "The Serpent’s Lair”(Projekt Records, 2000). "Not Without Risk” (Dr Bam’s Music, 2001) was Byron's second solo project followed by "Wachuma’s Wave” (Spotted Peccary, 2003), a collaboration with German artist Mark Seelig (with Steve Roach), which was chosen by Backroads Music as the #1 Release of 2003 in all categories.

As workshop, retreat and ceremonial leader with over 25 years of experience, Byron has facilitated personal growth and healing workshops featuring Holotropic and HoloShamanic Breathwork and The Shaman’s Heart Program/Training throughout the US. Byron has also been a featured presenter at seminars and conferences on the healing potential of non-ordinary states of consciousness, music, sound and sound technologies.

Byron lives in the high-desert mountains of Prescott Valley, Arizona and is the founding director of HoloShamanic Strategies, LLC, offering spiritual and shamanic counseling/healing services and experiential learning programs.

Learn to live from a heart-centered and soul-based perspective with this unique and powerful combination of shamanic practice, ancient wisdom, various methods of spiritual growth, and Hemi-Sync®. Dr.…

Cross boundaries of time and space with the primordial shamanic percussion of Byron Metcalf and Hemi-Sync®. Originally released as Not Without Risk, this multi-dimensional classic has been re… 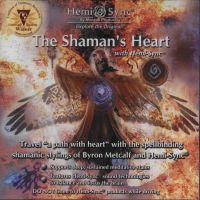 Enhance the heart’s capacities for love, compassion, and strength with this entrancing shamanic journey crafted by Byron Metcalf with Steve Roach.